The service with a smile attitude at Support the Girls Australia’s Bra Gifting event created a safe and friendly environment.

Attendees to the event are women and girls marginalised by their current situations, which include living on a low income, being affected by domestic violence or abuse, and being homeless.

The monthly event can see up to 100 women be professionally fitted and supplied with bras.

Attendees also receive new underwear, toiletry packs, haircuts, and other pampering services, plus morning tea.
STGA has teamed up with BreastScreen Queensland and NSW BreastScreen so event guests are also able to book free mammograms on the day.

The charity’s CEO and founder Jane Holmes said the bras themselves were important, but said the event also allow a foundation for providing deeper support.
Ms Holmes said event attendees came together in a comfortable and safe space where they were given the opportunity to connect and receive face-to-face support.

❝You actually need to mentor people, so that is what our purpose is,” she said.
“The bras and the sanitary products, that is the connecting tool, but it is more than that.❞

Founded in 2016, STGA aims to help women in need achieve overall wellbeing through dignity, hygiene and health.
According to the 2016 Australian Bureau of Statistics Census, more than 1700 people are believed to be homeless on the Gold Coast, 220 of which are sleeping rough.

Of this figure, around half are believed to be women, which is slightly higher than the national average.

Up to 100 gift bags containing bras, sanitary products, and underwear are given to women on low or no income at the Bra Gifting events.

Ms Holmes said she built the charity from a “place of understanding” based on her own confronting experiences as well as a 10-year career in crisis counselling with the New Zealand Police Force.

She said in in January 2016 she was approached while shopping at the Gold Coast by a 13-year-old girl who asked her for sanitary products.

After buying the young teen some tampons and lunch, Ms Holmes discovered the girl was homeless and was living under a bridge with some older women.

The girl took her to the bridge, where she says she met an elderly homeless woman who had no bra and who had resultant friction wounds.

Ms Holmes told her she would find her a support service that did bras, but discovered no such service existed.

❝So that was the birth of Support the Girls; to empower women with bras, because [the support services] I spoke to, they [had] never thought about,❞ she said.

Ms Holmes said the average woman had between 10 and 15 bras in her lingerie draw, but only really wore a select few.

❝How about if you could give one of those to someone who needs it?❞  she said.

Ms Holmes estimates that at least 35 to 40 of the 100 women that come to the event each month have a background of domestic violence. 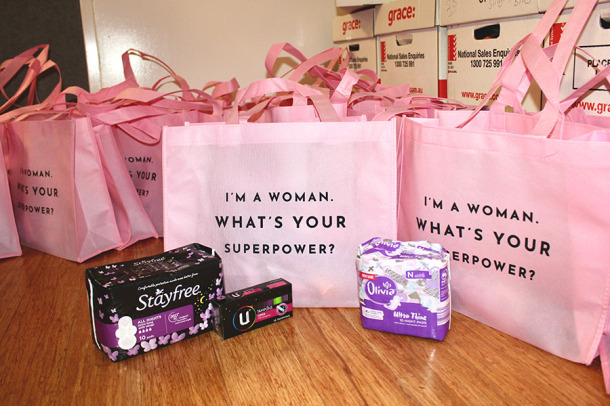 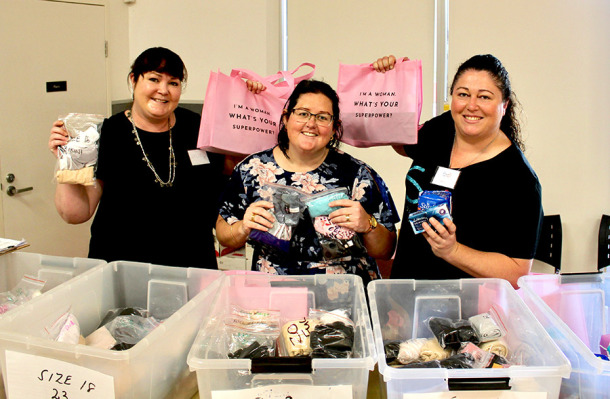 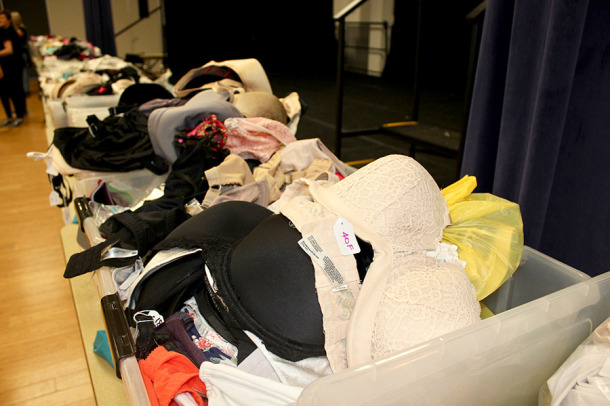